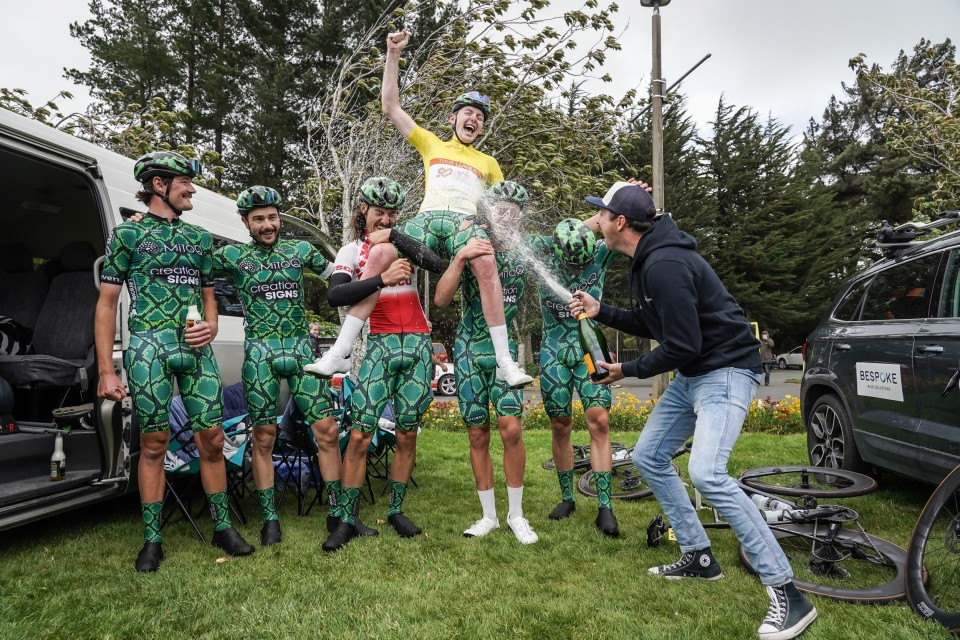 Southland’s Josh Burnett has become the first local rider since 1994 to win the SBS Bank Tour of Southland.

While the pace was fast and furious in the crosswinds over the final stage, there was no denying the 22-year-old Burnett a piece of history, with those same margins remaining to the finish.

“It’s special, but I’ve said special probably a hundred times this week,” Burnett said. “I don’t actually have the words for it yet. It’s going to take a long time to sink in.”

Ironically, the Southlander who last won the Tour of Southland, Doug Bath in 1994, also sold Burnett his first bike.

Bath was more than pleased to pass on the torch to the 22-year-old.

Earlier, Burnett started the day with just an 8sec lead over Bettles, but smashed out an outstanding 13km individual time trial around Winton.

Riding just his second ever ‘race of truth’, Burnett even surprised himself.

“I knew I was going fast for me, but I had no idea how it compared to anyone else. When I crossed the line and someone told me I’d won, I didn’t think I’d heard them properly. It’s pretty surreal.”

The final stage saw the peloton reach speeds of 60kmh as they raced for home with James Krzanich (Transport Engineering Southland-Deep South), Glenn Haden (Couplands-Booths Group), Paul Odlin (Powernet) and James Harvey (Spoken Cycles) managing to sneak away and hold their lead all the way to the finish line.

A strong finish by Burnett’s team mates saw Creation Signs-MitoQ edge ahead in the teams classification, while Nick Kergozou (Transport Engineering Southland-Deep South) managed to hold onto the Sprint Ace jersey by the barest of margins.

Capping a great week for Creation Signs-MitoQ, George Jackson won King of the Mountains honours, while Joe Cooper (Central Benchmakers-Willbike) was the tour’s leading over 35 rider.